An Espionage Thriller that Starts In Full Throttle - Hold On for the Ride! 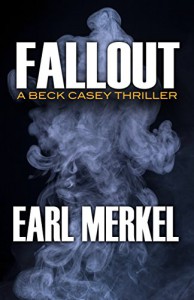 Another great Beck Casey story that pivots in various directions, until multiple strings meet and intertwine for an explosive conclusion. Followers of the series would expect nothing less. The story melds many political threads, foes and allies. The reader will get a close look at the threats and motivations of the characters as the plot pushes forward. Never a dull moment, from assassinations, buildings blown up, to computer viral threats. Even though a genre spy story, there are some unique characters in this book, using friends to fill in the ranks needed to pull off this complex story; like mine, a bomb tech, shows up in chapter 63! The plot uses all forces, from CIA, FBI, Mossad, MI6 and more . . .

Definitely an insane political ride with surprises at every step. A great political thriller for the serious reader.

"In the world of espionage, it’s accepted that if you think the worst has already happened, you’re about to be proven dead wrong.

A nuclear bomb has rendered Washington, D.C. a wasteland. ‘Lone wolf' shootings erupt throughout the Heartland, striking at an unprotected public And the President has been assassinated. It is the most coordinated, and devastating attack ever on U.S. soil. And while political vultures circle, no one yet is certain on who to blame.

Beck Casey has been a CIA agent for too long, privy to too many secrets. He knows how the game is played, how governments play chess when disaster strikes, how terrorists get caught, or get away. This time, the stakes are raised even higher than his country’s future—his own daughter is caught in the crossfire.

This dizzying espionage thriller starts in fifth gear and does not let up."